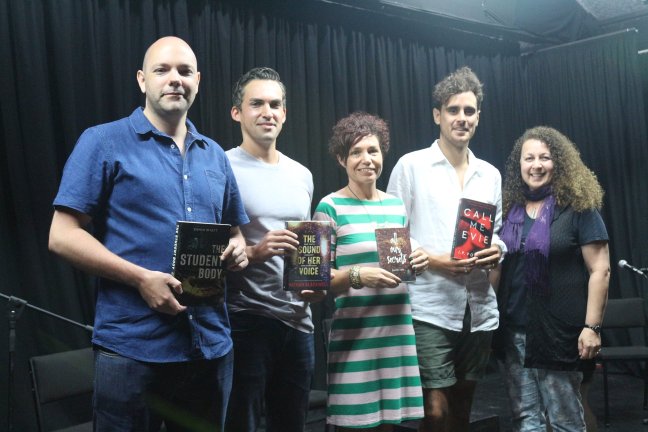 Sometime last year, Ngaio Marsh Awards founder Craig Sisterson invited me to Rotorua Noir, a festival he was organising with crime writer Grant Nicol. I quickly signed up because:

So, this January, on a fittingly overcast Friday morning, I found myself in Rotorua with next-to-no expectations for what lay ahead…

The festival officially started the next day, but for me the adventure began when I stabbed my friend’s mother in the throat with a car key – during the ‘Out, damned plot’ creative writing Masterclass with ‘modern-day Queen of Crime’ Vanda Symons. I’d met Vanda at WORD Christchurch last September and she’s also a Ngaio Marsh Awards judge (so of course I rate her very highly).

Someone else committing murder under Vanda’s careful instruction was fellow Ngaio Marsh Awards finalist Nikki Crutchley, who I’d also met at WORD Christchurch. We were both staying at the same old-school motel a 10-minute wander from the festival’s home and, as if we’d spent years in each other’s company instead of a couple of hours, we immediately became partners in crime for the weekend. 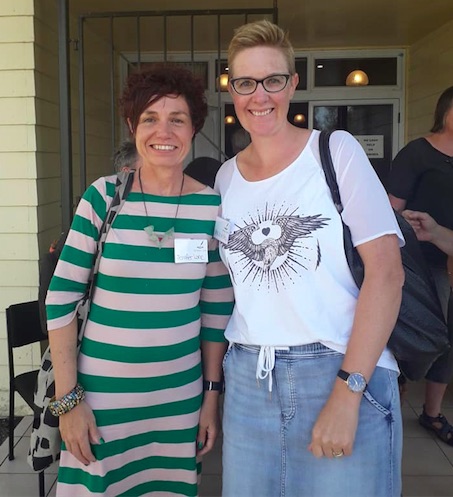 Following the heaving launch of J.P. Pomare’s Call Me Evie that night, we joined Craig, Vanda, Finnish crime writer Kati Hiekkapelto and a few others on an out-of-town excursion. First stop was the quintessentially Kiwi Waiotapu Tavern where we enjoyed dinner (fish and chips, of course), beer, and games of pool.

Next, in a scene perfect for a crime novel, we drove down a dark road and pulled over by a bridge. With only the soft light from our phones to guide us, we followed a track through the bush to the river. There we were rewarded, not with being bludgeoned to death by a group of men in balaclavas, but with the sight of steam rising. The river was a natural spa – with convenient pockets of cold for when we needed cooling off! We soaked (swimming would be overstating it) under the stars, talking about crocodiles and the many other dangers we didn’t need to concern ourselves with while soaking under the stars in New Zealand (apart from, perhaps, men in balaclavas). Even for New Zealanders (and interlopers like me), it was truly magical. There are no photos (probably a good thing because not everyone remembered togs!), but it’s an experience I’ll never forget.

The river adventure was hard to top, but the pōwhiri at the Te Papaiouru Marae on Saturday morning, in which we were welcomed by the local Māori iwi, came pretty close. I’ve visited a marae before but this was my first pōwhiri at a marae. As part of the ceremony, our group was expected to sing (a requirement I’d only just learned about the night before). So if you happened to have walked past my motel room at 6am that morning, you may have heard me attempting to learn the lyrics to Te Aroha (admittedly only 4 lines) with the help of YouTube. Fortunately, mine was only one of around 40 relatively well-rehearsed voices, and the group effort sounded pretty special.

Speeches and singing were followed by a hongi (also a new experience for me) and morning tea (not so new). The whole ceremony was very moving – evoking tears in at least one person – and a fitting beginning to Rotorua Noir.

The festival’s home was the Shambles Theatre, where panel after panel of top local and international crime writers kept us in our seats with discussions about everything from the craft of adapting crime novels to the screen to ‘rural noir’ –  thrilling tales set in the wops-wops. My only regret is not taking notes (so I could insert detail into these brackets). In between talks we bought books, signed books, pestered others to sign books, all while meeting and chatting to other writers. Among them, dressed in her ‘It’s criminal what a girl has to do…to get a good read’ t-shirt was Lindy Cameron of Clan Destine Press, my Australian publisher (and president of Australia’s Sisters in Crime). There were a few other Aussies too, some of whom are pictured below. 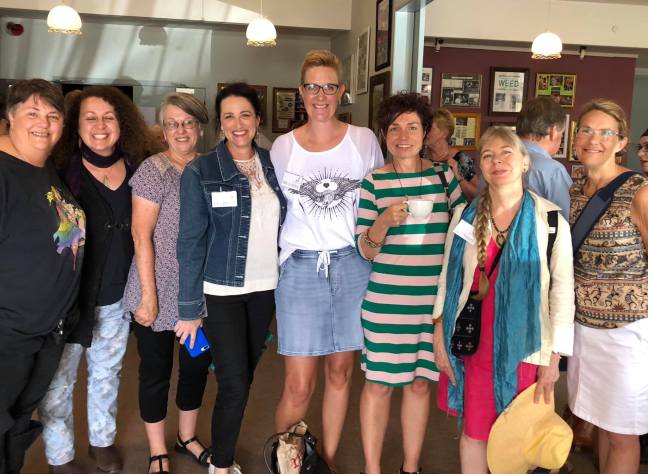 Saturday night’s festivities included ‘A Question of Crime’ – a quiz hosted by Vanda Symon and Paul Cleave. Our team ‘#yeahnoir’ (named for the hashtag coined by our team member, Steph Soper) came fourth, possibly helped by the question: ‘Who coined the hashtag #yeahnoir?’. The question: ‘Who wrote the Ngaio Marsh Award finalist for best first novel, ‘Nothing Bad Happens Here’?’ was another bonus since Nikki Crutchley was also in our team. But the ‘Agatha Quizties’ were the winners and, with that name, deservedly so.

Then, suddenly, it was Sunday! After the excellent ‘Ill Winds from the North’ European crime fiction panel, it was the newbies’ turn. Vanda Symon interrogated Nathan Blackwell, Simon Wyatt (both cops in real life!), J.P. Pomare, and me in ‘New Blood’. I can’t remember much of what I said but the next day’s Rotorua Daily Post suggested I wasn’t completely clueless:

After the first gripping instalment of Zoe Rankin’s Unknown – winner of the Rotorua Noir short story competition and now serialised on Zoe’s blog – it was time to force my oversized suitcase (now bursting with books) into an undersized Air New Zealand plane. Thank you Craig and Grant for creating the fabulous event that was Rotorua Noir. Can’t wait for the next one!

Thanks and apologies to all those whose photos I’ve stolen. 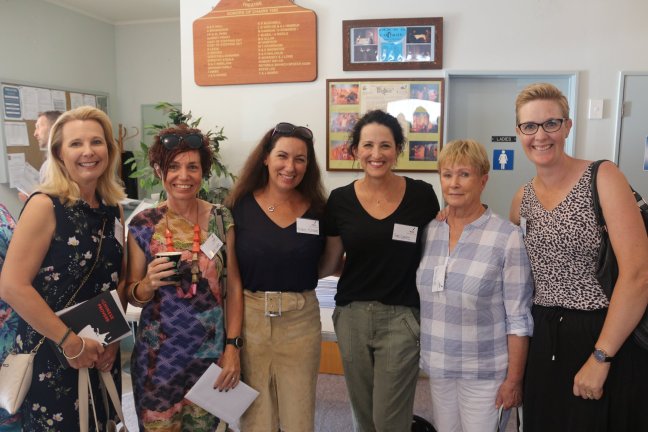 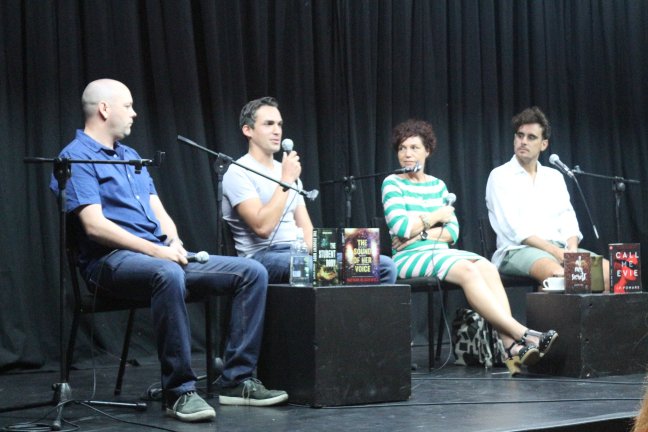 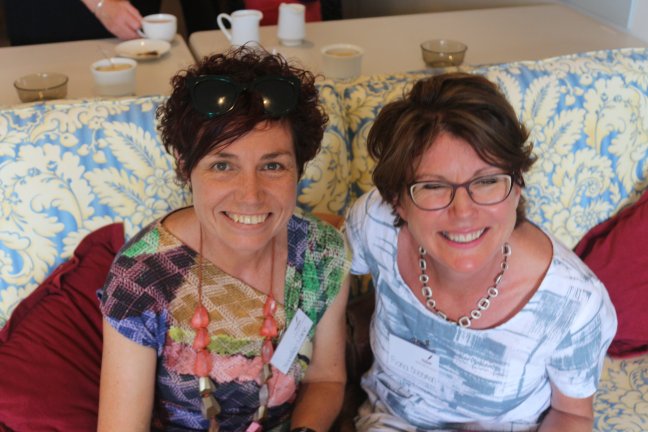 One thought on “Chapter 11: Rotorua Noir 2019 – a celebration of crime (from which I returned not only completely unharmed but feeling more alive)”